Papas Arrugadas, 1st of the 7 Gastronomic Wonders of Spain

Rate this item
5 / 5
(1 Vote)
Papas Arrugadas, 1st of the 7 Gastronomic Wonders of Spain 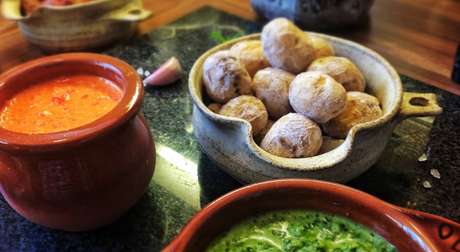 On the official website of the campaign, www.7maravillas.es received over 400,000 visitors, 18% of which came from the US, China, Russia, Canada, India, Germany, France, United Kingdom and Argentina . The initiative seeks recognition of Spanish gastronomy as Intangible Heritage by Unesco, so that winners will be promoted to represent the cuisine of Spain, since about 13 million of the 68 million tourists who visited Spain in 2015 did so for gastronomic reasons.

Papas Arrugadas is a popular dish and a tasty treat and one of the must try cuisines in Spain. You can relish Papas Arrugadas in the Food Tour where you discover the beautiful Puerto Del Carmen from the new town to the old, learn about the culture, the food, the traditions and most importantly the families and people behind it all.

More in this category: « Enjoy Stargazing On Mount Teide The Rising Tide, sculpture by Jason deCaires Taylor in Arrecife »