Weather in Lanzarote in December 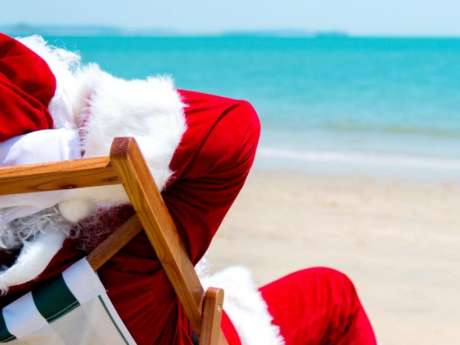 The average temperature in Lanzarote in December

What time does the sunrise and sunset in December in Lanzarote

The sun rises around 7:30 am and sets around 18:00- 18:30 pm in Lanzarote in January. The UV rays are still powerful even if its cloudy in Lanzarote sometimes in December. The best way to see the sunset in Lanzarote is on a Lanzarote sunset cruise

Does it rain in Lanzarote in December?

Average rainfall in Lanzarote in December is around 17mm

Is it warm in Lanzarote in December?

Most days in Lanzarote are warm and you will see many people around the beaches and the pools. You certainly won't mind the odd cloudy spell every now and again, and most hotels and resorts are equipped with lots of fun and entertainment activities indoors. During the day the temperatures are warm around 21 to 24°C, though sometimes there may be cool winds blowing, you definitely won't want to forget to take along your swimsuit, sunscreen and flip flops. Evenings can be a little cold, so carrying a fleece or a light jacket along is good, and a quiet stroll along the beach every night is awesome, and at night can get a little colder reaching lows of 16°C.

But is Lanzarote hot in December?

Let's face it is hotter than the UK and Ireland and you can still get sunburned so if the question is Lanzarote hot in December we say yes hot but mild! it can be it depends on what you are used to. We certainly recommend packing suncream as the weather in Lanzarote in December can vary and while it may look cloudy the UV rays are still shining through the clouds. But come sun or cloud there are so many things to do in lanzarote whatever the weather.

With the weather in Lanzarote in December, what clothes should you pack?

How cold is the sea with the Lanzarote weather in December?

The average sea temperature in Lanzarote in December is around 18°C, it is a shock getting in but it will be warmer than most pools if you are in a hotel or apartment with no heated pool. December in Lanzarote is a lovely time of the year and you can even get yourself out on one of the many Lanzarote boat trips. If your pool is not heated fear not because in Lanzarote one of the two water parks opens all year round and their pools certainly take the chill off and you can have loads of fun on the slides and rides at the same time at the Playa Blanca waterpark Aqualava waterpark Lanzarote. They offer a bus service from Costa Teguise and Puerto Del Carmen also.

Things to do in Lanzarote in December

Like all months there are so many things to do in lanzarote and as December is a relatively quiet month although are plenty of events you will find most of the Lanzarote attractions will be peaceful. There will still be long waiting times at Timanfaya National Park so we always recommend taking one of the Timanfaya National Park tours as they will have priority entrance at the park. The Rancho Texas Park is of course open 365 days of the year and is a great day out for the whole family and there is also the Buggies Lanzarote tours which also have quads and trikes too and this is a great way to see the island.

Christmas in Europe is mostly white, so if you want to escape the cold weather then Lanzarote promises you sunshine. Christmas goodies are in abundance in supermarkets especially for those who have self-catering accommodation.

December can be also an ideal time to party with Christmas round the corner, so don’t forget to carry your party wear topped with some warm coats. But since you still have the bliss of sunshine during the day don’t forget your swimsuit and also an umbrella for when it rains.

If you are the sporty kind then watching or participating in the Club La Santa’s Cycling Trophy from December 15th - December 17th is unmissable for all age groups.

More in this category: « Weather in Lanzarote in November Lanzarote Temperature December »